Beauty in the Thing Itself – Afternoon Light Skip to content

BEAUTY IN THE THING ITSELF

The Mingei Movement and Connection through Craft

In the age of NFTs and metaverses and timelines and whatever a parasocial relationship is, sometimes it can be nice to just hold something in your hand. Something special or solid, with a little bit of spirit, something made by someone else's hands. The past year everyone was baking bread and gardening and trying their hands at some sort of fiber art or bizarrely getting really into jigsaw puzzles. Or at least we all watched people get into making things on our phones and then talked about how the pandemic and the growing technological disconnect has us all craving real experiences and a return to a bucolic lifestyle none of us have ever really lived. Mass manufacturing and the proliferation of Direct-to-Consumer brands has led to a sort of flattening when it comes to consumer goods. It’s a double-edged sword. There’s so much more aesthetically good stuff available at more accessible price points, but so much of it looks exactly the same. The same fonts, the same sort of algorithmically processed MCM design cues, even the same happy and bright but monotone styling. It’s led to an almost clinical, personality-less aesthetic. One thing that makes our technological hubris more palatable is that every new epoch of industrialization and its concomitant alienation of both worker and consumer often engenders a renewed appreciation of craftsmanship and tangible relationships. It’s happening now, it will happen again, and it happened in the late 19th and 20th Centuries.

In the 1920s, a Japanese thinker and writer named Yanagi Sōetsu founded the Mingei Movement that, along with the Arts and Crafts Movement that slightly preceded it, has helped inform everything from the slow fashion movement, the cool new ceramist you’ve discovered on Instagram, to the Craftsman style bungalow you saved on Zillow at 3:45 in the morning. 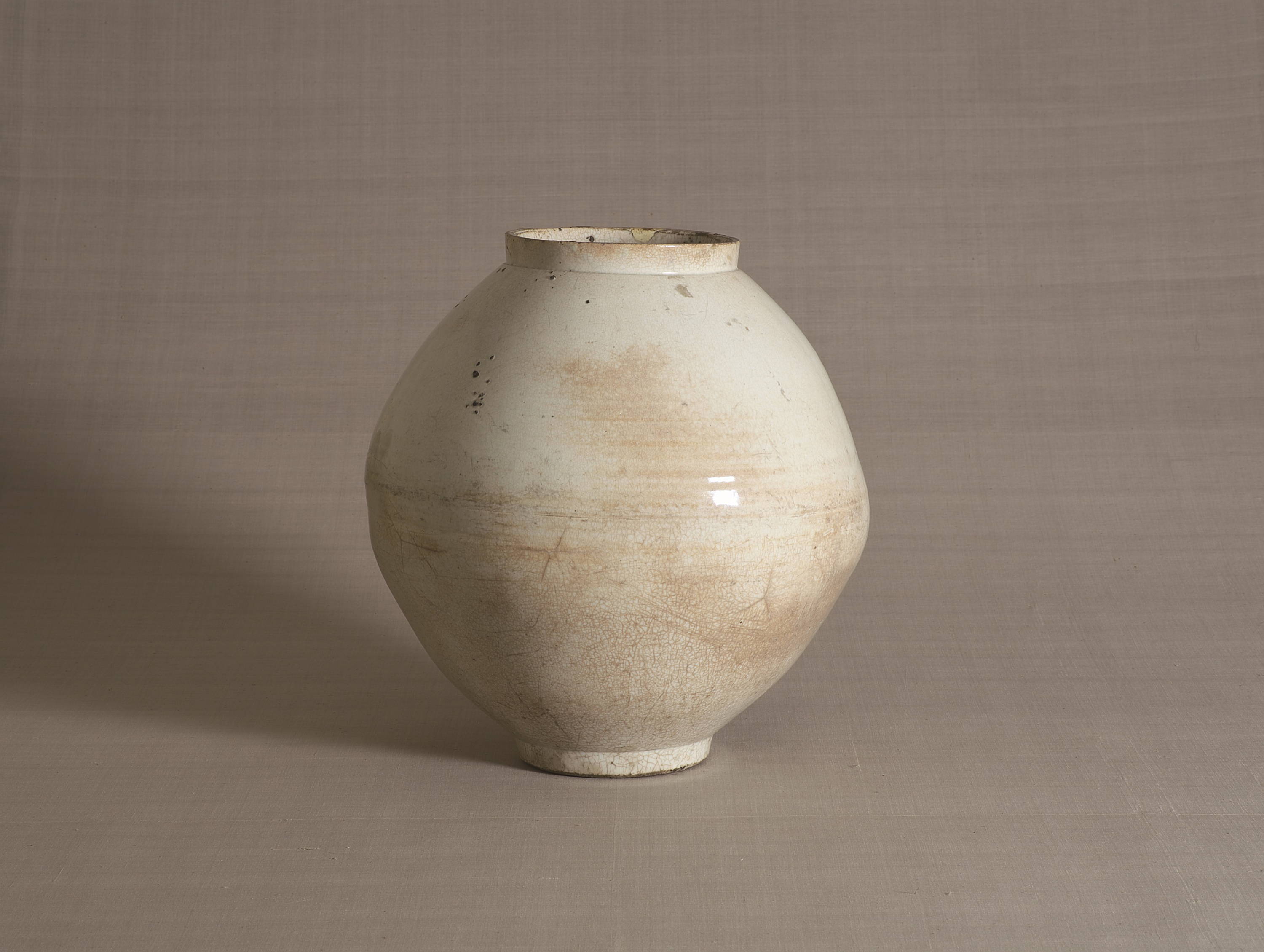 Yanagi Sōetsu coined the term Mingei, a portmanteau that roughly translates to “folk craft” or “hand crafts of ordinary people”. The origins of the Mingei movement can be found in the literary journal Shirakaba, founded in 1910 by a group of writers, artists, and thinkers that all graduated from Gakushūin (also known as The Peers School). The Peers School was an educational institution founded by the Emperor of Japan for the children of nobility. Yep, the founder of a movement that highlighted the beauty and virtue of pedestrian folk art and anonymous craftsmen went to a prep school for Japan’s wealthy elite. And of course a group of kids with inherited wealth started a zine to write about art.

The initial aim of Shirakaba was introducing Western art and literature to Japan. It’s certainly interesting that the man who became the chief evangelist for Japan’s domestic crafts and art first looked abroad. In fact, Yanagi’s interest in folk crafts in general began with a trip to Korea. His interest in the work product of nameless Korean craftspeople led Yanagi to found the Korean Folk Craft Museum in 1926. The term mingei itself was developed by Yanagi and two of his potter friends Hamada Shōji and Kawai Kanjirō in order to describe the work of the craftspeople. Combining the Japanese words minshū, which translates to “common people” and kōgei, meaning “craft”, Yanagi began developing an aesthetic philosophy for the nascent movement. 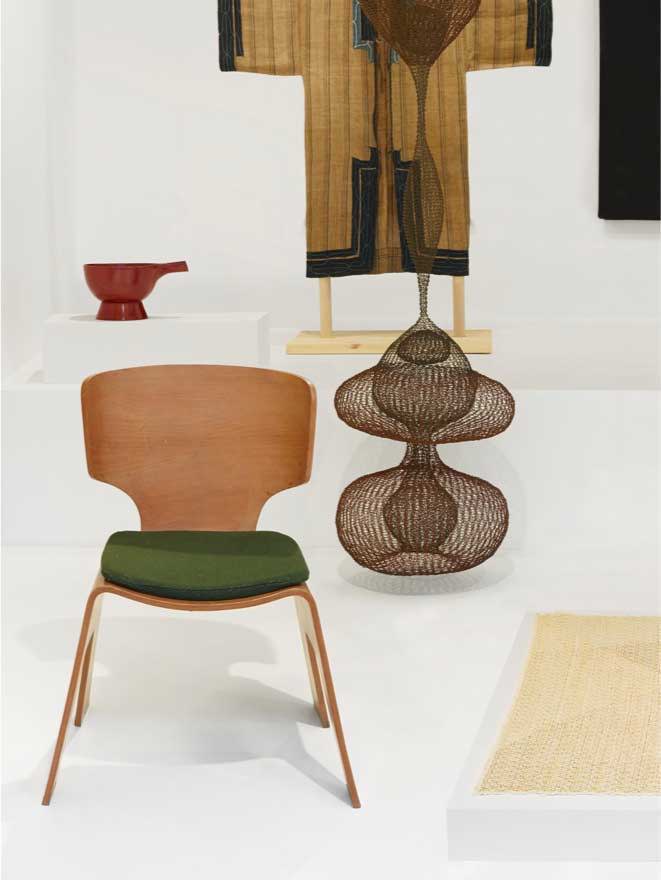 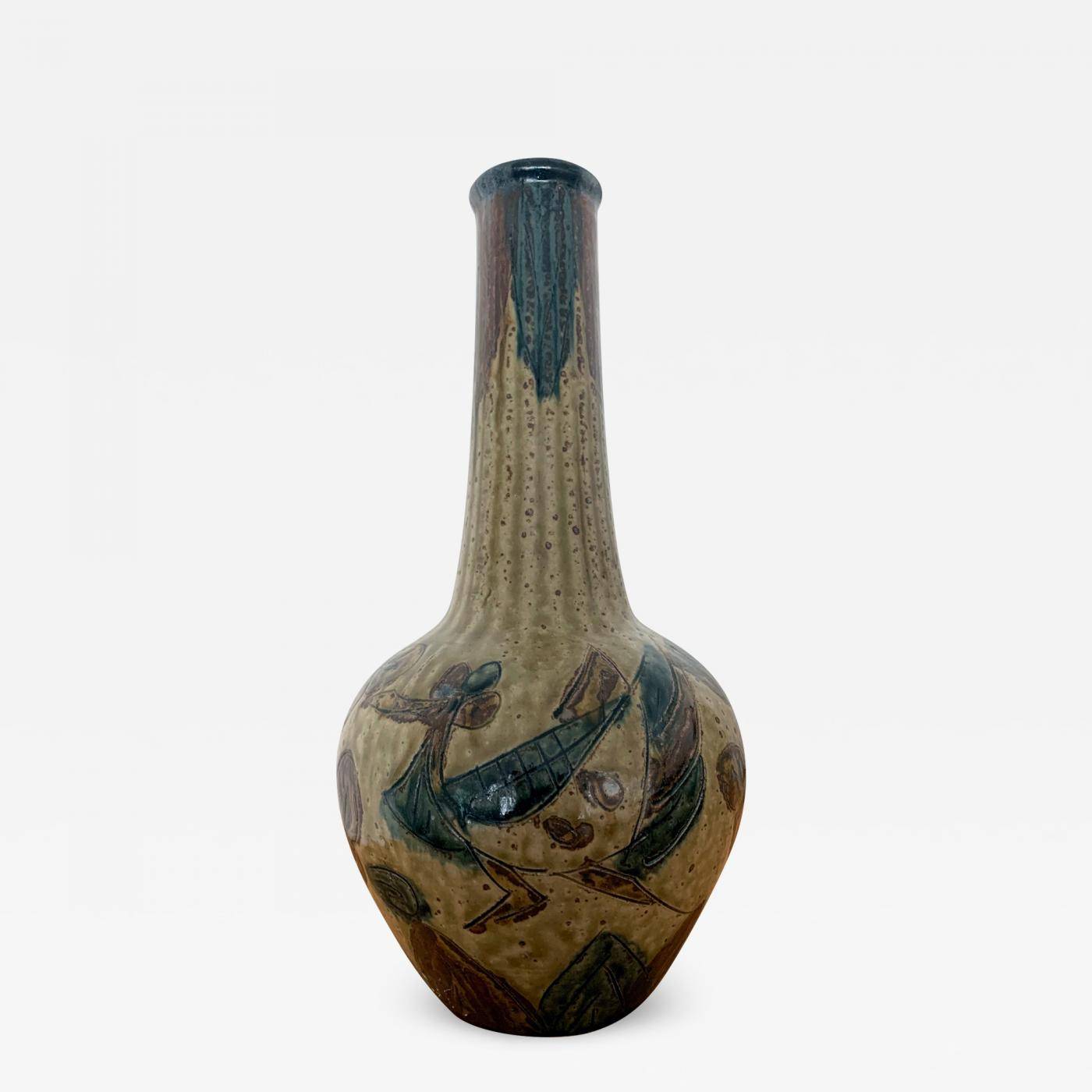 For Yanagi everyday utilitarian objects made by unknown craftspeople were the true embodiments of beauty. But Yanagi wasn’t just like, super into clay bowls and wood carvings. There were deep philosophical and spiritual underpinnings to his conception of mingei. For Yanagi, there was an immutable and timeless nature to beauty itself that all beautiful objects share, no matter their provenance. And he believed that a craftsperson must surrender themselves to nature and the universe in order to create something truly beautiful. The more the individual can let go of ego, of their self, the closer they could get to creating something naturally beautiful. This philosophy informed Yangai’s preference for unsigned pieces, for objects that are functional, anonymous, and affordable. The beauty is in the thing itself, not in or because of who made it. While Mingei is a philosophical movement, it’s also a penumbral term that helps categorize what otherwise would be considered disparate disciplines and genres of art and craft. For Yanagi, beauty and craftsmanship can be exemplified by a small tea cup or a Song Dynasty Vase or a painting. The key categorical requirements for an object to be considered Mingei are, roughly put, an object that is simple and functional in form and design, made from natural materials with traditional, hand-made production techniques that lend themselves to reproduction in mass quantities leading to affordability.

Since the promulgation of the Mingei aesthetic and philosophy, the movement exploded, creating newfound interest in pottery and other handicrafts in Japan. The influence of the movement can also be traced abroad, particularly in the writings and impact of Bernard Leach in the UK. Oft-considered the father of English pottery, Leach was a friend and colleague of Yanagi since the Shirakaba days. Leach’s thoughts on pottery and his own work in the field had a tremendous impact on ceramicists in England and beyond. And the Mingei influence is palpable in the mid-century modernists’ approach to beautiful, affordable objects, albeit with less emphasis on handmade crafts in favor of mass production to achieve scale and affordability. 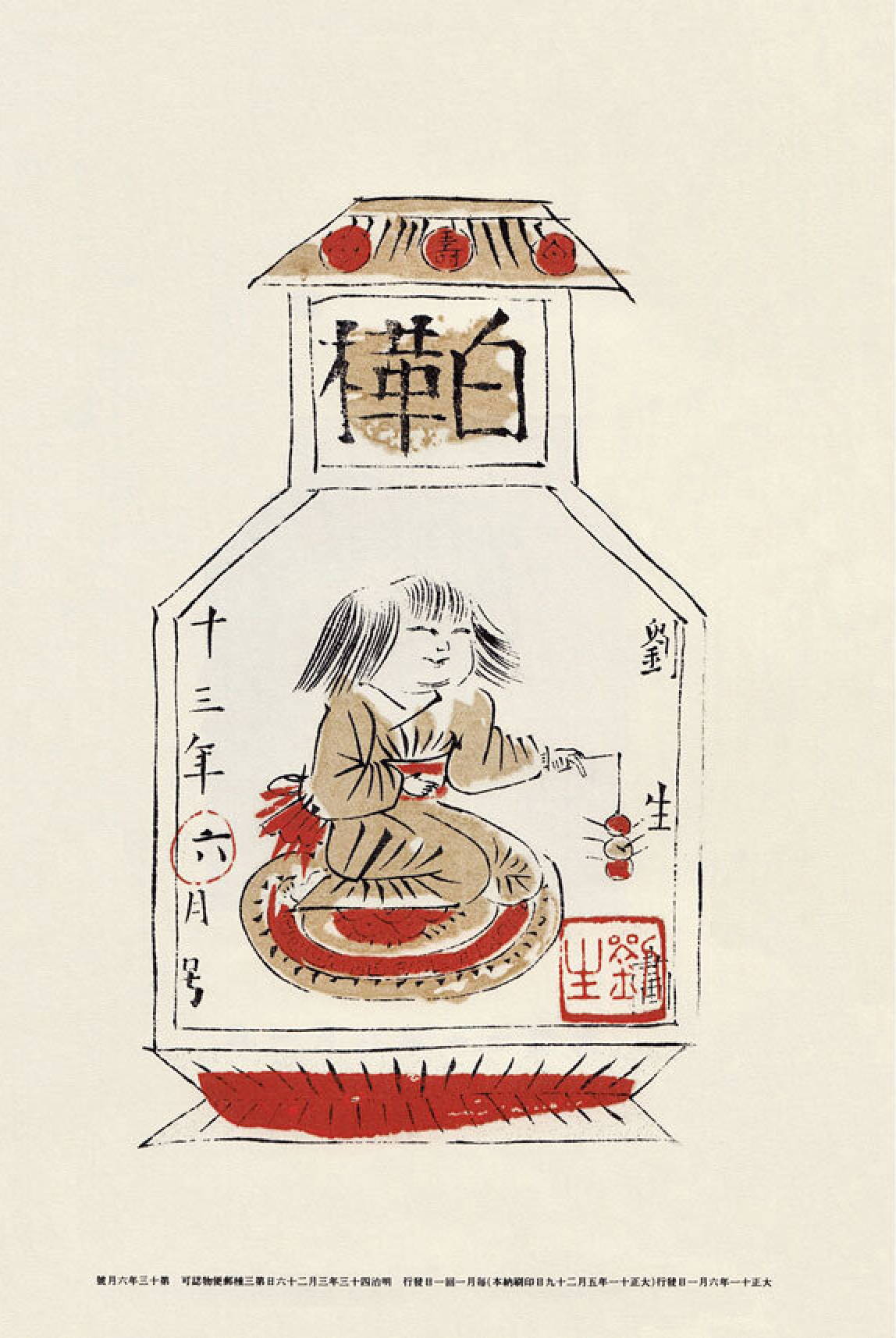 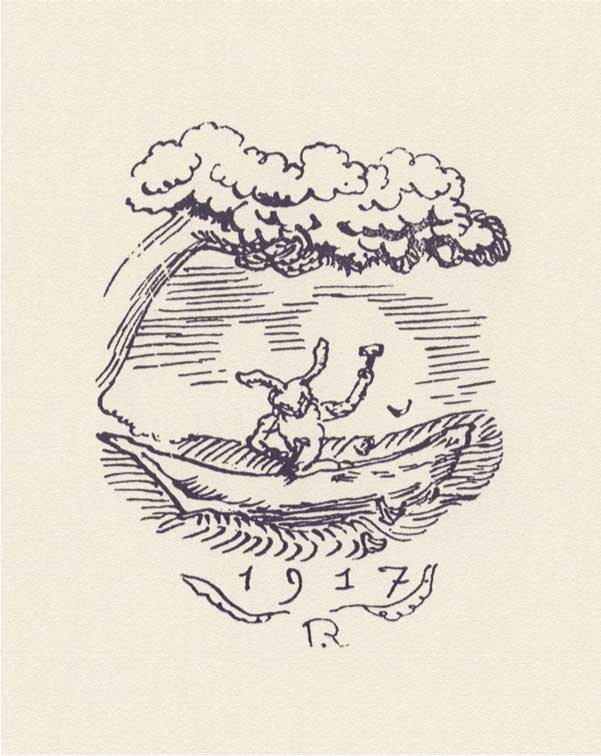 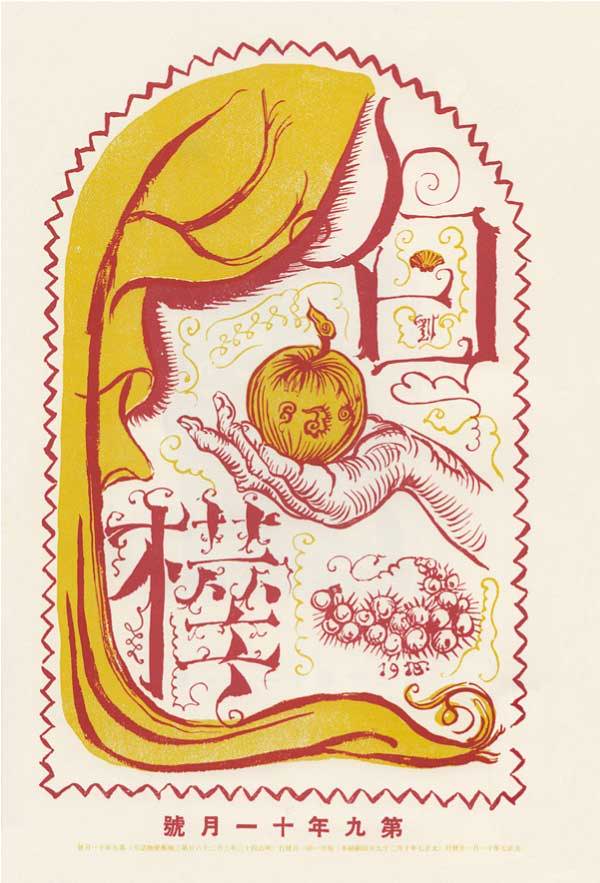 Sori Yanagi, Yanagi Sōetsu’s son, continued his father’s philosophy that true beauty cannot be created, but rather exists as an immutable natural resource. He also inherited his father’s eye for the world outside of his own, adapting the Eames’ molded plywood technique to create the Butterfly Stool, a piece of furniture that is part of the MoMA and the Metropolitan Museum of Art collections, and remains in production today.

At its core, the Mingei Movement can teach us to appreciate the beauty in the banal. To appreciate the craftsmanship and aesthetic pleasure contained in a mug for our daily coffee, in the pot that is home to your pothos that’s holding on for dear life, and even in a simple broom. It's a lesson in appreciating the craftspeople, the small independent artisans. Whoever, wherever they may be. Possession becomes connection. It’s also an easy way to flex on your friends and family when they come over. There’s nothing better than responding to the question of “Where’d you get that?” with “Oh, this coffee mug? It’s made by a ceramicist based in the Sierra Madres.” We all want something unique, something beautiful, something that feels ours. A home should be a collection of things you’ve found along the way, totems of grief and laughter, of growth and things that speak to you and the way your life is lived. The Mingei Movement, and objects from the myriad arts and crafts traditions that have followed, allow keepers of such items a way to embrace beauty, universality and connectedness right along with the practicalities of everyday living.

Back to Stories
Use left/right arrows to navigate the slideshow or swipe left/right if using a mobile device
x
We've sent you an email with a link to update your password.